- August 22, 2010
I finished The Neutronium Alchemist, Part 1: Consolidation by Peter F Hamilton. It has been a while since i started reading a series that is already completed. It is really refreshing! Besides the fact that B has the books i know that i'm not going to have to wait if i feel like finishing the story up.
You can't start this book cold. You have to read the first 2 parts, titled The Reality Dysfunction. In the first part of that book, we get all the setup. You meet a dozen or more characters, get lessons in the galaxies politics, history, technology and geography. Towards the end, the conflict gets started. The dead begin to possess the living on a colony world called Lalonde. In the second part, the big hero characters become aware that something is happening on Lalonde. the action goes into high gear with space battles and ground fights as the Confederation of Planets tries to take Lalonde back.
Now, I would say this first part of The Neutronium Alchemist is another setup book. All our various characters get a bit of time to recover, refit their ships, and take stock of the situation. Several different possessed characters made it off Lalonde to different worlds, where they begin to spread the possession. Coolest plot twist on that? Al Capone comes back and ends up running a planet called New California. His is a fun perspective to read. My favorite characters, Syrinx and Ione, didn't have huge parts in this book but i expect Syrinx will be extremely important in the next book. Overall, a strong 5 which counts for the Chunkster Challenge. Which finishes off that challenge for me. wOOt!
Pictures of food and stuff now! I sent B shopping for groceries last week with a list. I always buy bananas but B bought like 10 so i had to make banana bread.
the batter 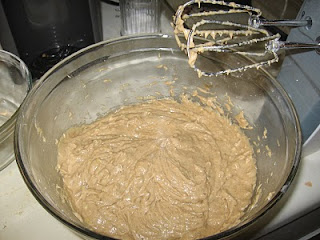 Done! I had banana bread french toast for breakfast. 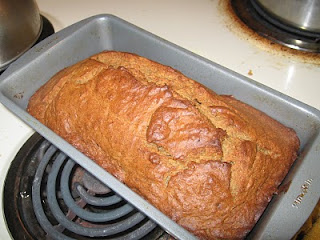 And i made pesto for dinner. It smelled delicious. 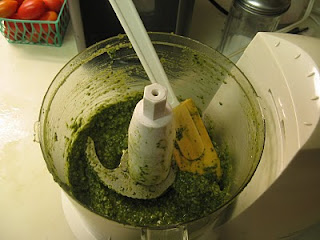 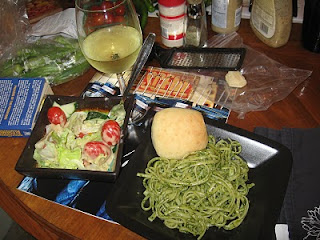 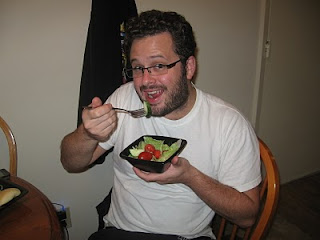 Hope everyone has had a great weekend!
5 Chunkster Challenge Life sci-fi