Showing posts from November, 2013
Show all

- November 16, 2013
I read Rose Under Fire by Elizabeth Wein.   It was good, really good, but not quite as good as Code Name Verity. This book starts several months after Code Name Verity has ended.  An American pilot, Rose Justice, is working in Britain, flying planes back and forth to newly liberated France.  She gets captured and sent to a work camp but eventually escapes.  She survives to return to England and eventually becomes a reporter covering the Nuremberg trials.  None of this is spoilers as the book uses a frame story that Rose is writing about her experience after her escape.  It is a fine book but just doesn't have the amazingness of the previous one. Still very recommended, a 6.
Post a Comment
Read more 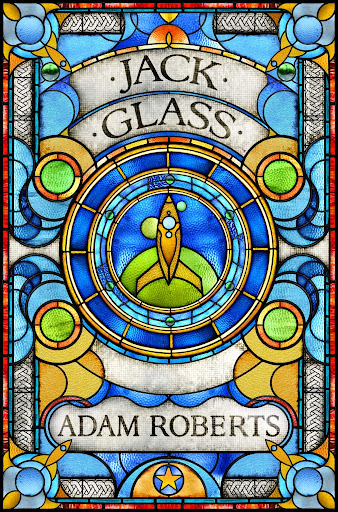 Gorgeous cover!  I finished upJack Glass by Adam Roberts last night.  I really loved it!  It is a British Science Fiction award winner for best novel!  Right up front, our narrator tells us that Jack Glass is a Murderer and that the book is the story of 3 murders he committed.  They are How-Dunits and Why-Dunits.  There's a locked-room mystery, a prison escape, and a regular who dunit.  But the stories are all set in the future, in space and on Earth, with ships and tech and awesomeness!  I'm definitely not able to talk this book up as much as it is worth.  If you like classic mysteries with a twist, or science fiction stories with rival factions and politics, you will probably enjoy this book  a 6!
2 comments
Read more

- November 07, 2013
The Remains of the Day by Kashuo Ishiguro- giving up on Ishiguro i think.  He seems to specialize in unreliable narrators and sloooooooooow plots.  I kept wondering if the narrator, a butler, has Asperger's or was just an Oblivious Proper Englishman. a 4.

The Queen's Fool by Phillipa Gregory. interesting but a bit repetitive.  Like the main character but didn't like her choices at the end of the book.  I like Gregory's style in general though. a 5.


after having a crappy day at work, I downloaded two audiobooks to listen to while working

Doctor Who: The Last Voyage by Dan Abnett, read by David Tennant: an in-between or after companions story. strange things are afoot on the maiden voyage of a new spaceship!  a 5.

Doctor Who: The Resurrection Casket by Justin Richards, read by David Tennant: a Rose story. it was alright but not memorable.  I actually forgot I had finished it and went back to replay it.  it did have Space Pirates!  a 5.

anybody else suuuuuuuuper excited about…
2 comments
Read more
More posts