Showing posts from January, 2014
Show all

Movies I Saw in January

- January 31, 2014
Scoop : I do so love Scarlett Johansson.  And Hugh Jackman.  This one was really funny, a 6. I will need to check out the other ones she did with Woody Allen. Surrogates : We saw this one in Spain; it was on one of the the BBC channels one night after several Doctor Who episodes.  It was ok.  In the future, people use robot bodies they control while they get to stay home and be safe from everything.  It was ok, not fabulous though.  a 4.  A Good Day to Die Hard : not so good.  Really not so good.  It was kinda like someone had a script for a Bourne movie or some generic modern action movie and decided to change the main character from the agent to the agent's dad and make him John Mclane.  Watch the car chase near the beginning then turn it off.  a 3 only because we had fun making fun of it.
Post a Comment
Read more

Books I read on Vacation

- January 27, 2014
I got a lot of reading done on our trip.  After all, we were on planes for probably 24 hours total, plus of course the waiting around in airports.  Also, I didn't seem to need naps as much as the rest of the group so I had some time to myself.  Throw in an afternoon on the beach where the water was too cold to swim and I got a LOT of reading done.  It was really so nice.  I reread ALL of Sherlock Holmes.  Sort of.  I started this at Christmas but finished up in Spain; I probably did about 40% on this trip. I think the first thing I bought on my Kindle was a "Complete Sherlock Holmes" set because I have been wanting to reread the stories since the Sherlock BBC show started a few years ago.  It was a joy to reread these stories and fun to realize just HOW MUCH they are mashing into the BBC series.  Big chunks of Sherlock's Best Man speech from this past season are taken straight from "The Adventure of the Blanched Soldier", one of the two stories in the cano
Post a Comment
Read more

We went on Vacation to Spain 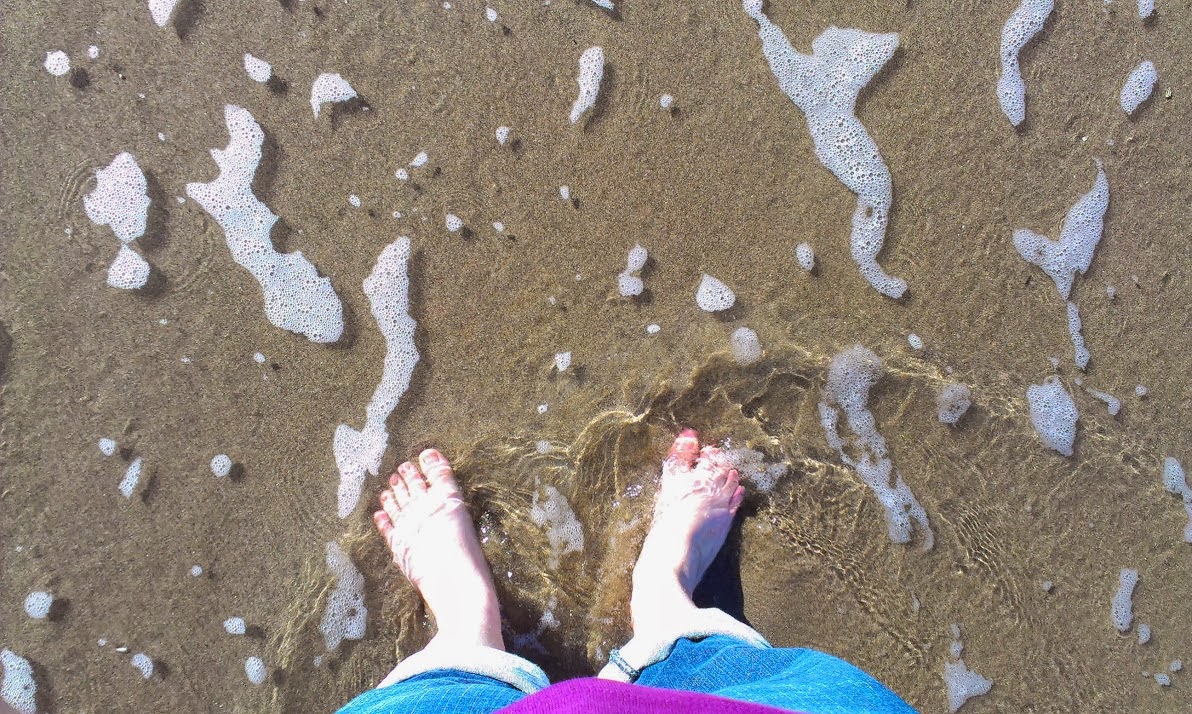 Picture heavy post ahead! We went to Spain.  We left Nashville on 1/18 and got to Malaga on 1/19.  The overnight flight from NYC to Madrid wasn't bad; I mainly read my Kindle and got a couple hours sleep.  Then we were in Madrid for about 4 hours, in uncomfortable airport chairs and just couldn't sleep.  Once we got to Malaga, B's parents picked us up and we drove to the resort in Marbella, maybe 40 minutes away.  We ate and slept for a few hours and then both of us seemed fine and pretty much jet-lag free!  Monday was also a low key day; we went to the beach and B actually went into the ocean!  It was a chilly 60 degrees and he got right back out. I only stuck my feet in B at the beach the second day we were there.     Beach Chairs The bit we were on was very stony Now with Mountains! B's parents at the beach restaurant The shuffleboard court was right outside our suite.  On Tuesday we went to Gibraltar.  We took a taxi tour up
4 comments
Read more

- January 05, 2014
Continuing my attempt to get a better understanding of Young Adult lit, I finished up Anna, Dressed in Blood by Kendare Blake last night.  I was actually almost done with it before our vacation but I just couldn't justify taking it with me on the trip for only the 45 minutes it would take me to finish the book.  The entertainment-to-weight ratio just didn't work out.    It, like many YA books, moves FAST.  People meet one day, are best friends the next, and are fighting monsters together 2 days after that.  It's a bit strange because it doesn't have to be that way.  In this book, Cas travels from town to town with his mother, killing ghosts.  Ghosts that can kill people.  He gets to Canada to tackle a ghost named Anna and finds out she is more than a match for him.  Luckily, she falls for him.  It gets quite complicated after that.   It was an ok read.  Not the best YA i've read but certainly not the worst.  I'll be looking up the sequel.  a 5.
Post a Comment
Read more

- January 04, 2014
Happy New Year everyone! After hardly reading any non-fiction last year, the first book I finished this year was a non-fiction book!  Back in October, I went to the Southern Festival of Books.  While waiting on the Sherlock Holmes panel, I decided to see a Vanderbilt professor, Joel Harrington, speak about his book The Faithful Executioner: Life and Death, Honor and Shame in the Turbulent Sixteenth Century .   The details about Franz Schmidt (the executioner of the title), his life and profession were absorbing.  Yes, there's a bit of blood and guts involved but it isn't sensationalized. It is really interesting.  Nuremberg, where Schmidt worked most of his life, was actually one of the more progressive cities in Germany.  It avoided almost all of the witch craze and had a big emphasis on laws and order.  At that time there were no prisons, just jail for temporary things (like pretrial or between trial and the execution).  Most of the people executed were longtime offenders
Post a Comment
Read more
More posts